We have all said or heard “Nothing is Impossible” some time or the other. I did too.
However, it never occurred to me how switching places between the words can create a far greater impact. Until I heard “Impossible is Nothing” – Adidas’s punchline.

Suddenly the focus is on the word ‘impossible’ and the new arrangement gives a feeling that one can demolish the idea of anything being impossible. Awesome!

—-
The Tata Indica Xeta campaign with gorgeous buxom beauties out on a holiday and looking for some fun, is, actually powered by its jingle. Not that I would have liked the ad without the ladies! It’s just that however many times I hear it, the jingle still sounds refreshing and perks me up.
This follows from the earlier (and equally refreshing) campaign where they have a liar having a bad day with his lies until he markets the Tata car. 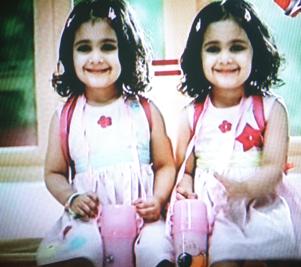 My current fave ad campaign is the ‘UTI Bank is Axis Bank’ ad that has toddler twins walking one after other into a kindergarten playroom. I just adore this ad. Look at the twins smiling into the camera and your heart misses a beat.  I feel like rushing into that room and hugging all those kids. For once, kids are shown the way I like them – playful and curious. Which is contrary to the recent trend (in Indian cinema and media) of having kids act and talk as grown-ups.

Thank you Ogilvy & Mather for those amazing, amazing kids. And the very expressive teacher.

So, what is your favourite advertisement?

3 Responses to “A slogan, a jingle and a pair of twins”