“The COSMOS is all that is or ever was or ever will be. Our feeblest contemplations of the Cosmos stir us – there is a tingling in the spine, a catch in the voice, a faint sensation, as if a distant memory, of falling from a height. We know we are approaching the greatest of mysteries” – Carl Sagan, Chapter 1, Cosmos

I saw the series on TV when I was all of 13. I sat wide eyed as Carl Sagan spoke poetically about the love of his life. About Life. About the Cosmos. About human endeavour and discovery. About curiosity and scientific exploration. I did not understand all he was saying. But my awe and amazement was unbound. My fate was sealed. I was to pursue a career that stays close to science. 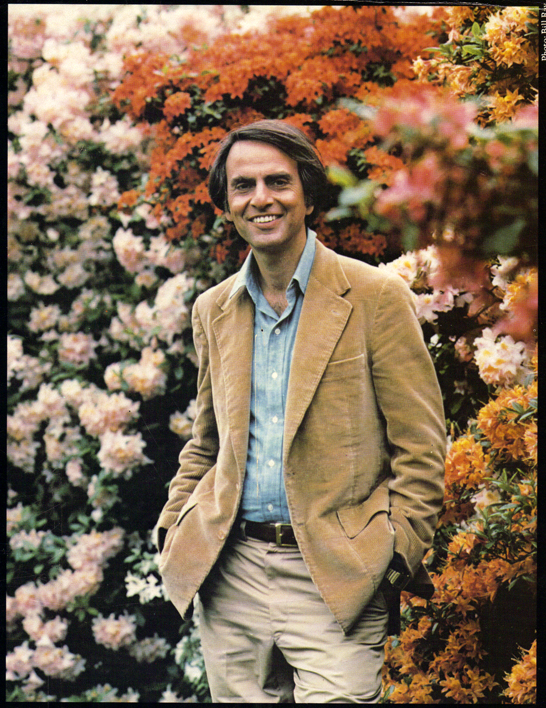 Carl Sagan, photo scanned from the back cover of his book, Cosmos

19 years later nothing has changed. I am still as curious. I am still a wide eyed 13 year old boy watching in wonderment the magic that unfolds around me everyday. November 7 was Carl Sagan Day, and when my friend Jim posted this on his facebook profile, the idea germinated that we celebrate this extra-ordinary man’s life by sharing his vision. We were disappointed that we did not gather a crowd for the “trial” screening, but the pleasure of watching Episode 1 on a big screen was no less. And the Cosmos wanted to say “Hi!”, so the day brought what I believe to be one of the most momentous Cosmic events of my very brief lifetime. NASA announced that  LCROSS impact data indicates water on Moon.

We plan to establish a Carl Sagan society on campus, spread word to where enthusiasts could be (say the Physics department), and make this an annual event.

Carl Sagan said goodbye in December 1996, and as he would have liked to say, so returned star dust to where it came from.

Finally! It is snowing and I get to see how the world looks when covered in a white blanket.

Filed under: Ethics and Values,nature,photography — gurdas @ : 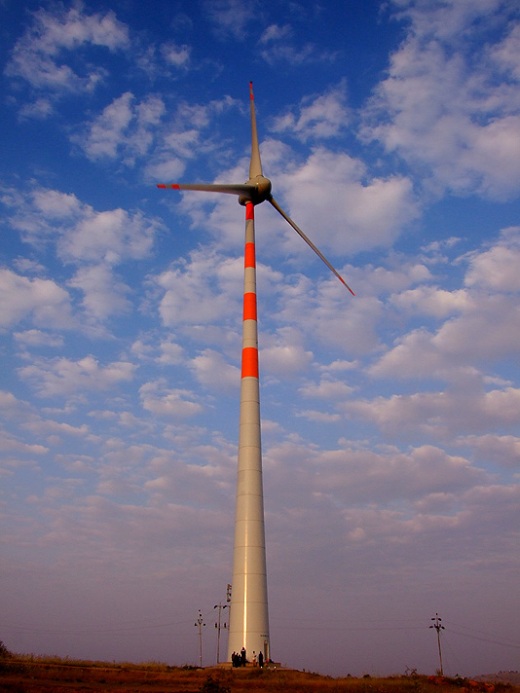 I was wondering how amazing windmills are. They simply stand in the path of wind and ‘receive’ what they need. They do not chase the wind, they do not trap the wind and they do not alter the wind.

Are you a windmill person? Or do you leave your ecological footprint wherever you go?

As you walk along a lake set amidst snow peaked mountains, you realise that the world is always eager to welcome you. Without biases and prejudices. As you are.

But are you ready to welcome the world as it is?

Nature is full of imperfection and chaos. To the human mind seeking perfection and order, this is highly unacceptable. We seek symmetry and linearity, both of which do not exist in the natural world.

A Zen lore: There were two Zen learning centres having a common wall. One was old and the other new. The new centre had beautiful gardens with many people looking after their upkeep. One day, before an important function, the gardener was busy cleaning all the dead leaves that had collected on the ground below a slender tree. The old school master was sitting on the wall observing this. The gardener cleaned all the leaves, stood back watching his work with pride and said “perfect”! The old school Zen master said, “no, it is not yet perfect” and walked up to the tree and shook the trunk. Many leaves fell and collected on the ground. The master said, “now, it is perfect”.