There is only one way to describe the weather this last Saturday – romantic. It rained on Friday night and remained wet and cloudy all of Saturday. Not the depressing types though. There was enough light and while the air was laden with moisture, it was buoyant and breezy. Well, water vapor is in any case lighter than ambient air! And so it was romantic in many ways. It was the perfect day to grab a lazy chair, brew some tea, and idle in the balcony while catching up on some favorite music and reading. Or just enjoying the company of a friend or companion or family. I did not do any of that.

At a little past 11 pm I decided to go for a drive. I am sure had I not ended up an engineer, I would have become a driver for one-off special errands. Yes, I love it so much. I am truly, madly, deeply in love with driving. I often fantasize about driving on long, winding, unfamiliar roads. But so do many people. What makes my love special is that I also relish the everyday drive to office or to the grocery store. I get excited about going anywhere. All I need is a vehicle, some music, and a tell tale sign of a road. I have enjoyed driving in the mad bazaars and potholed roads of India! And I know some of those experiences would ‘drive’ other people mad. Me, when I am driving, I am following my bliss.

Coming back to the Saturday. My initial idea was of a short drive. A little food would make it more fun, and so I stopped at Bojangles and grabbed some food and drink and then hit the highway. And then the bug took over. The weather cajoled me to go a little further. And then a little more. I crossed my friend, Margaret’s hometown, Henderson, and thought of her having fun somewhere in South East Asia. And soon I was in Bracey, Virginia where I refueled my car and my tummy and then drove back. For the most part my windows were rolled down even though there was a light drizzle. I thought the rain would come in, but it did not. The crisp air kept me awake and at one point I had to turn the heater on to avoid discomfort. But I also kept the windows rolled down! I wanted to enjoy the air come what may. I also had Bollywood music playing at high volume and often I would sing along. Some 144 miles and 3 hours later, I returned home a very happy man.

I should be doing this more often. I was reminded of my time in India when, during my undergrad and later while working, I would go off on these midnight drives. Sometimes to eat at a dhaba and at other times to have a cup of tea. But those were merely excuses for I know I was driving for driving’s sake.

Filed under: Ethics and Values,Inspiration,Me,philosophy,Religion — gurdas @ :

If I were given the choice to meet any one person in history, my pick would be Guru Gobind Singh. A figure unlike any other,  a soul most extraordinary. The 10th guru of the Sikh faith, fought battles against tremendous odds, lost all four sons in the struggle for the right to practice a religion of one’s choice, was a stellar poet in Persian, and instilled in the Sikhs a light that shines bright to this day. All of that in the brief 43 years he lived. 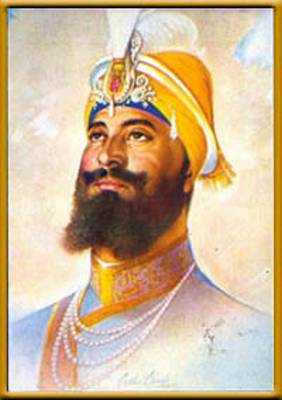 Note: The image is from here. My home for the first 18 years of my life had this exact framed painting and I would like to pay my regards to the painter, Sobha Singh, whose works of Sikh gurus are without parallel. 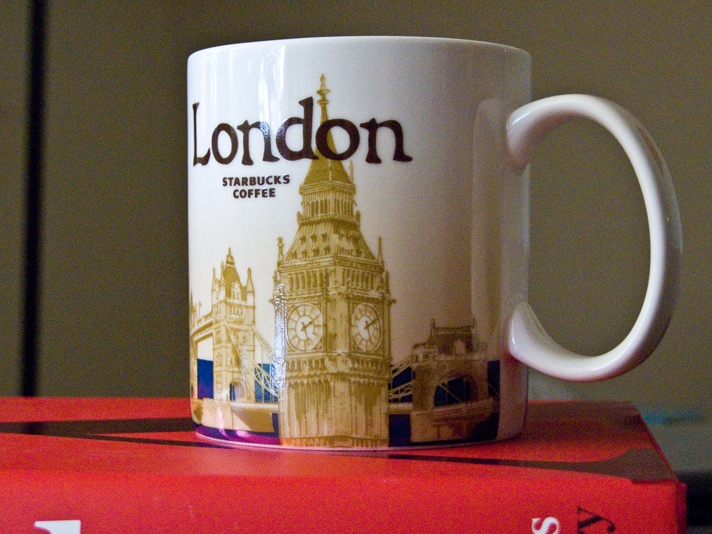 Some things are meant to happen a certain way. My Starbucks ‘London’ mug seems to be one of those. On my first visit to London, this mug was the only thing I had bought for myself. Unfortunately, it did not last long. To be precise, I dropped and broke the mug within an hour of buying it. And that was the evening before my flight and there was no Starbucks nearby for me to replace my lost souvenir. The next morning, I tried locating the Starbucks at Heathrow airport, but it was in a different terminal or at least too complicated to reach given the time available. So I returned home with only memories in my head. To make matters more bizarre, I had lugged along a SLR sized camera and tripod all the way across the Atlantic, and guess how many photos I made? Not one. Zilch.

But as fate would have it, I am lucky to have dropped the mug. Because, on my second visit to London, I had the same mug gifted to me.

The same mug. But now many times more precious.

As I observed Father’s Day wishes being shared, it struck me that the wishes were for men who are fathers. That they either have a biological or a legal child. Obviously, you might remark.

But then not all men who lay claim to the title of ‘father’ are worthy of that honour. Many do not feel, think, or act like fathers.

On the other hand, there are men who cannot call any child as their own and yet may be more father-like in thoughts and deeds than many a ‘real’ father. It is to these childless fathers that I send my wishes.

Happy Father’s Day to each of you.

An ordinary watch made extraordinary by its survival. 18 years and counting.

I was all of 15 when my father gave me this Titan timepiece. Since then it has stayed on my wrist about 20 hours a day and 365 days a year. And it has not stopped for one single moment except when needing a battery, o-ring, or glass replacement.

I remember it cost a mere Rs. 450 ($10) or thereabouts. It has been my only wrist watch from the day it came into my life and I hope to maintain that till it ticks. The many years of wear has weathered it, just like me. Its steel body has scars and dents and the dial face has yellowed along the edges. I keep it clean by washing it under running tap water using soap and a toothbrush! Wonder how many people do that with their watch. I do.

Over the years, it has lost some of its water resistance and the display fogs when it is subjected to one of my cleaning sessions or rainfall. I am guessing it will last a few more years and will then rest in peace in my wardrobe.

To remind me of my loving father. And to remind me that the difference between ordinary and extraordinary is the ‘extra’ distance travelled.

« Previous Page — Next Page »
Guldasta
Create a free website or blog at WordPress.com.